Sadly our major autumn exhibition is now closed. However the gallery is still open 7 days a week with a unique display of Roger Dean prints & originals. Visit our upstairs gallery space to view the largest collection of Roger Dean's work found anywhere in the world. Roger will still be in attendance regularly at a number of our concerts in the new year, and at select appearances this spring! If you have any enquiries regarding artwork, prints or exhibitions please speak with a member of our gallery team, or give our showroom a call on 01825 790 200.

Trading Boundaries is home to the only gallery in the world dedicated to the work of internationally acclaimed artist Roger Dean.

Our directors Michael Clifford and Tracy Thomson were first introduced to Roger Dean in 2003 by mutual friends. A small, informal exhibition of Roger’s work at Trading Boundaries followed, resulting in a lasting working partnership and growing number of collaborations including international Fine Art Fairs and music festivals. In recent years the TB Roger Dean gallery has exhibited at feature shows in Singapore, London, New York, Philadelphia, West Palm Beach, Naples, Miami & Tampa among quite a few others.

Our permanent UK gallery still displays all of the limited edition Serigraph & Giclée prints available on Roger’s website, allowing you to view the sublime quality and colour of each piece with the opportunity to purchase. We are also privileged to hold an ever-changing stock of rare, collectable original drawings, watercolours and sketches, which can be viewed on request.

Trading Boundaries is the perfect destination for fans, art enthusiasts and collectors alike. Watch out for our annual exhibition each autumn together with ad hoc events that tie in with live performances in our award winning live music venue.

As well as Roger's work we have also displayed exhibitions of Cliff Wright, illustrator of the best-selling Harry Potter series, Pink Floyd album designers Hipgnosis (Po Powell & Storm Thorgason) and the anatomical and landscape art of Freyja Dean among others.


The Gallery is now open seven days a week

During our normal showroom hours (which can be found here) and is staffed by dedicated and knowledgable members of our team to help with any enquiries you may have. We also host specific fine art events throughout the year on top of our annual autumn exhibition. You may even bump into the great man himself.

For any enquiries regarding works, exhibitions or private views, please contact [email protected] or contact our front desk on 01825 790 200.

See our exhibitions page as well as our Facebook and Twitter for up to date event & exhibition news.

One of the worlds most iconic album designers...

Roger Dean was born in Ashford, Kent, but he spent most of his childhood moving around the world with his British Army father. The family returned to England in 1959 where he was educated at Ashford Grammar School. He later earned a National Diploma of Design from the Canterbury College of Art (now the University for the Creative Arts). In 1968, he graduated from the Royal College of Art in London where he was a student of Professor David Pye. His Master's thesis was on 'The psychology of the built environment'. 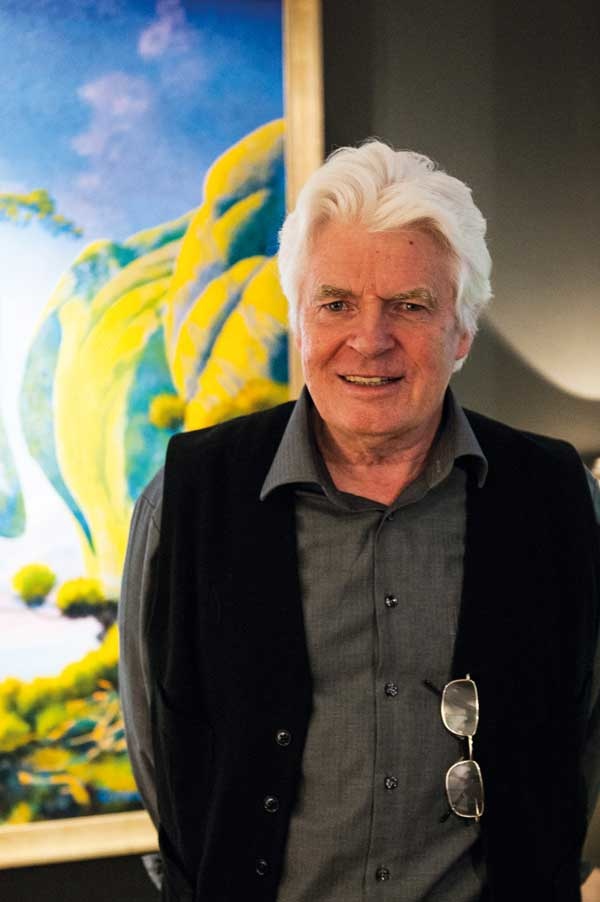 Beginning in the field of design, he preferred to distinguish between design (the reworking of existing models), and invention (making something new). One of his inventions was the "sea urchin chair." It was a foam chair, which, though appearing spherical, would conform to the sitter, who could obtain a seated position of varying angles. Later, he was asked to design a "landscape" of similar seating for a club belonging to Ronnie Scott. His "retreat pod" chair design was featured in the film A Clockwork Orange.

His first album cover work was in 1968 for the Gun. He also did the artwork for Atomic Rooster's album In Hearing of... This album cover hinted at the inimitable style for which he would later become famous. In the same year Dean produced the cover for the first album by the African/Caribbean band Osibisa, which featured a hybrid insect/elephant. This was much closer to Dean's work as we came to know it and it attracted widespread attention. Later that year, he began the partnership with the progressive rock bands Yes (and Asia) for which he is best known. His first design for Yes was for their album Fragile. Dean designed the now-classic Yes "bubble" logo, which first appeared on the album Close to the Edge, and continued to create covers for the band until as recently as 2014 (Heaven & Earth). Yes guitarist Steve Howe said, "There is a pretty tight bond between our sound and Roger's art." In addition to their album covers, Dean also contributed to his brother Martyn Dean's stage set designs for the band. 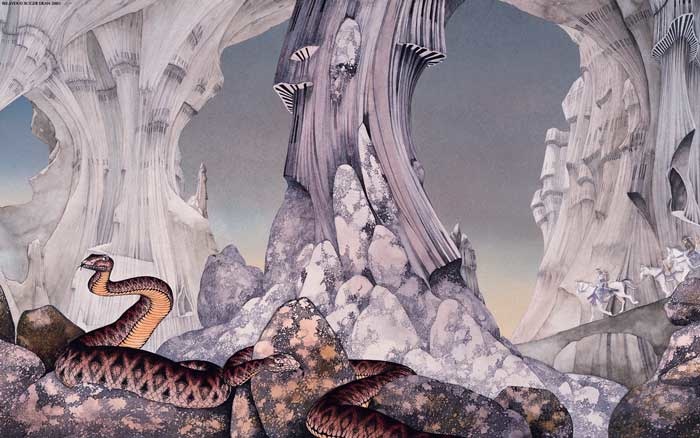 Known primarily for the dreamy, other-worldly scenes he has created for Yes, Budgie, Uriah Heep, Gentle Giant and other bands, Dean has said, "I don't really think of myself as a fantasy artist but as a landscape painter." Characteristic landscapes show graceful stone arches (as shown inArches Mist, below) or floating islands, while many paintings show organic appearing habitats (such as shown in the cover for Anderson Bruford Wakeman Howe). Though he primarily works with watercolour paints, many of his paintings make use of multiple media, including gouache, ink, enamel, crayon and collage. In addition to his cover paintings, Dean is respected for his calligraphic work, designing logos and titles to go with his paintings.

Beginning in 1985 with the software company Psygnosis, Dean has been responsible for the cover artwork for several video games, includingShadow of the Beast, Tetris Worlds as well as a redesign of the Tetris logo.

Three compilations of his work have been published, including Views (1975) (the success of which led him to form publishing house Paper Tiger Books), Magnetic Storm (1984), and Dragon's Dream (2008). In addition, his architectural and furniture work have been exhibited in the Victoria and Albert Museum and in the Royal Academy.

Roger has been visiting TB for over 10 years now, frequenting the café for meetings as well as coming to some of our prog concerts as a guest. After discovering that Michael & Tracy: our directors, are big prog fans, roger reached out to us and before we knew it we had hosted our first Roger Dean exhibition! Since that first exhibit we have hosted a permanent gallery of Roger's work, the only gallery with a permanent display of Roger's work anywhere in Europe. We still host an annual exhibition each autumn featuring originals, sketches, watercolours & prints that almost never leave the UK.

in recent years TB has become Roger's official exhibitor, hosting Roger's work in the USA & Asia at fine art fairs and prog events on a regular basis. Find out more information about Upcoming Exhibitions & appearances by visiting our Exhibitions Page

In 2015 TB released it's first ever live album. A live record of Sir Thijs van Leers (of FOCUS) first ever acoustic solo show outside of Holland. Roger created an incredible cover for the album entitled Green Woods which was sold to a collector at an exhibition in Singapore.

You can learn more about Roger by visiting his website at www.rogerdean.com. 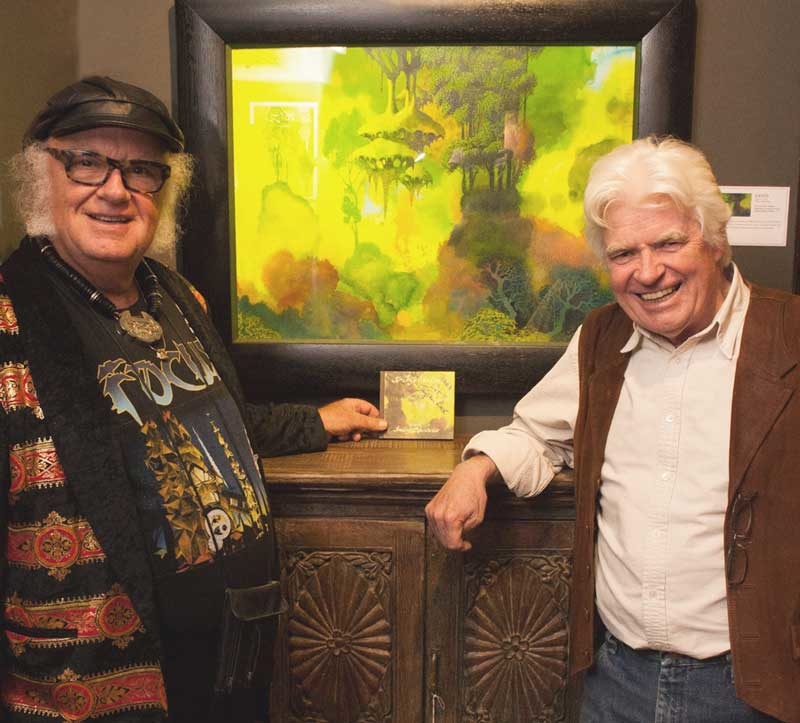 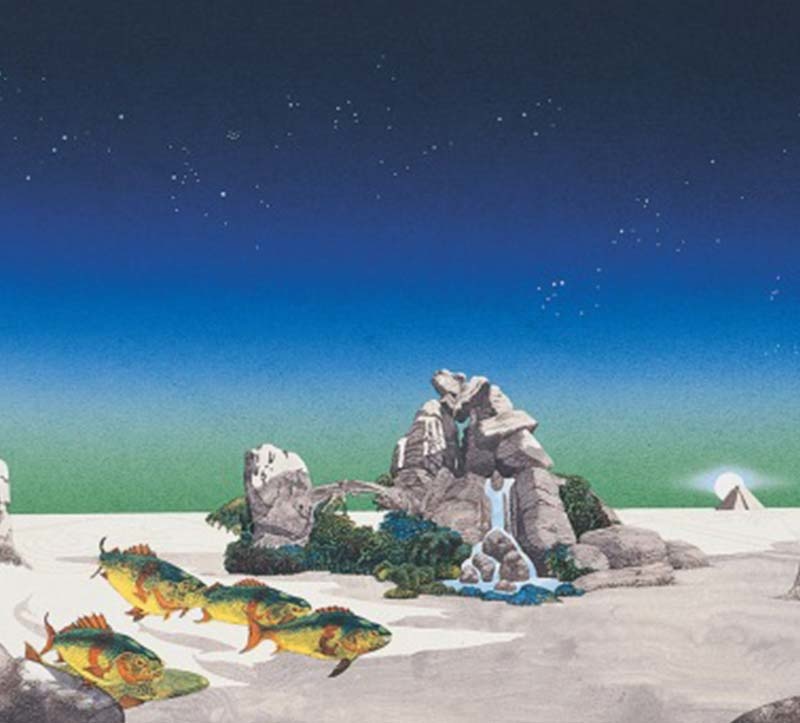 Every year we also host an annual exhibition of Roger's work featuring rare & largely unseen works from the studio, as well as our entire print collection, watercolours, sketches, concept art, merchandise & iconic original paintings. The exhibition usually runs from October through to December so keep an eye on this website and our social media to hear more about exact dates. The exhibition is free to attend and is spaced around the entire showroom. If you would like to arrange a private view or attend our VIP opening night please contact Michael or our team to enquire further.

The only Major Exhibition this side of The Atlantic.

Our exhibition is the only large-scale exhibition of Roger's work anywhere in Europe, expect to see paintings that have never been exhibited before, some that have never even been seen in public before, alongside recognisable iconic works from album covers and set designs that will take you back to the days when long hair was hip and the music was more than just music, but art as well. 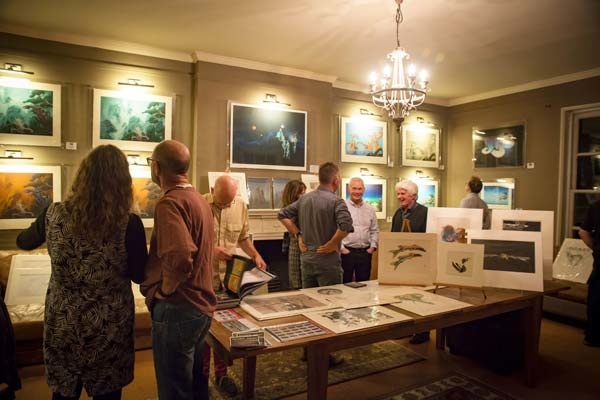 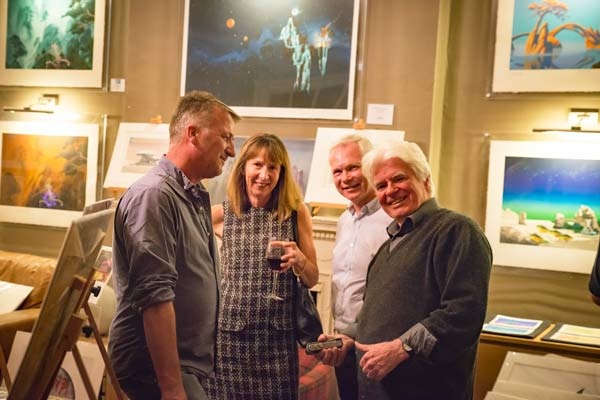 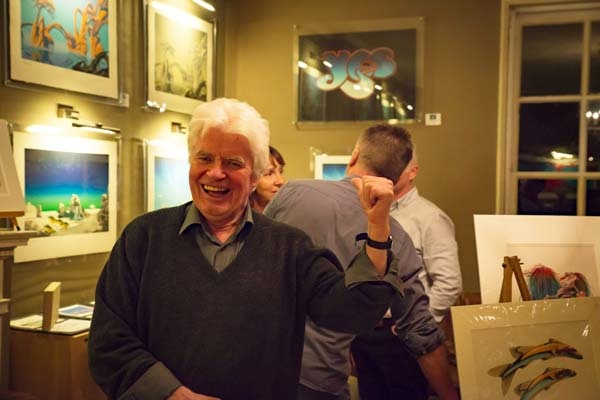 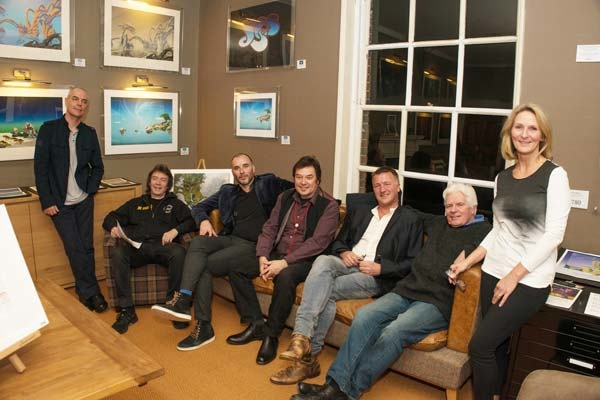