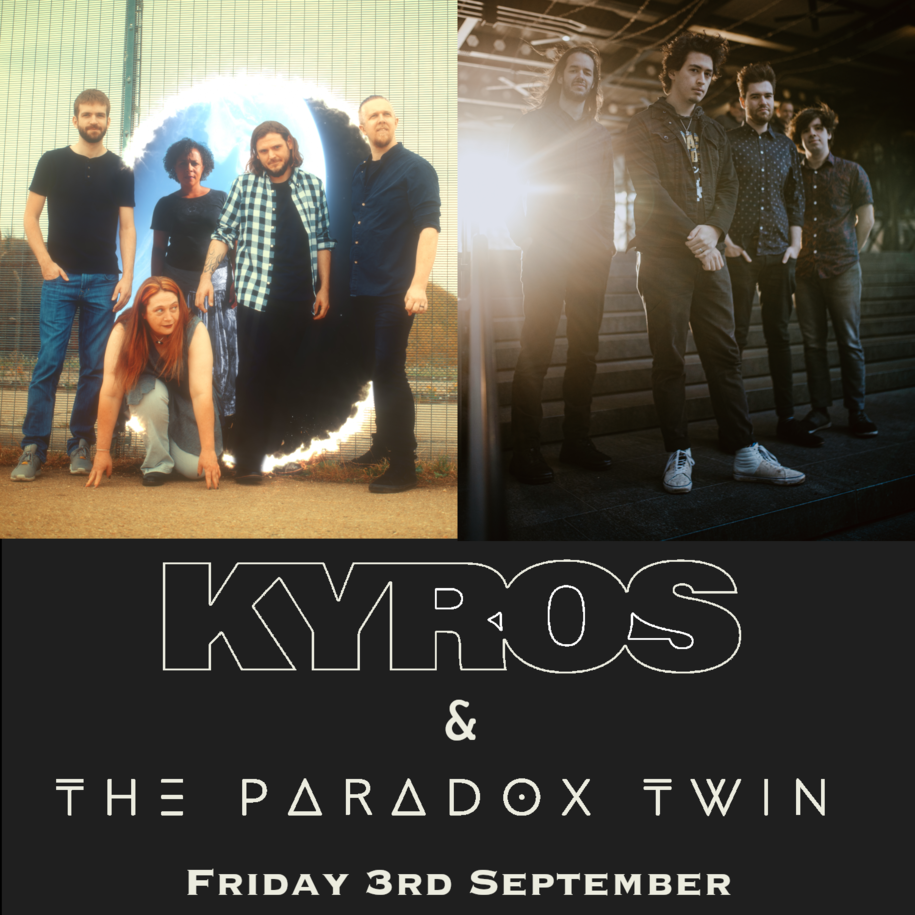 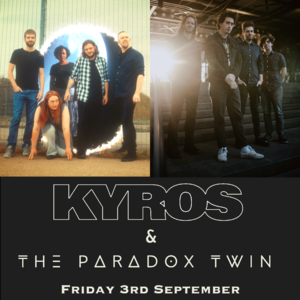 Get ready for a incredible spotlight evening with two of the bands that are taking prog into the modern age....
Share:

This evening welcomes a return to our Spotlight concerts, giving an opportunity for upcoming, talented bands to showcase their music at Trading Boundaries. Please bear in mind these tickets to not include food for the evening however, we will have food options available on the night.

Paradox Twin
Fronted by main songwriter Danny Sorrell, 'The Paradox Twin' are a progressive rock quartet who released their debut album, The Importance of Mr Bedlam, in 2018 and is influenced and inspired by conspiracy theories and the idea that humans on Earth are being controlled by extra-terrestrial beings...

Further acclaim for the band has been received in recent months as they have previously been nominated in the Limelight Category at the Prog Awards.

KYROS
Not afraid of taking songwriting and musical experimentation to a whole new level by pushing the boundaries, creating fresh new and exciting music. 2020 was a great year for the band signing to White Star Records, releasing the critically acclaimed album ‘Celexa Dreams’ and the ‘Four of Fear’ EP. Finding new ways to perform, KYROS created the Isolation Sessions live gigs. These were released as a live album on the 26th March 2021 entitled ‘Celexa Streams’.

Creating fresh, new and exciting music with influences ranging from the eighties pop of Depeche Mode and Kate Bush through to modern post-progressive and alternative rock music such as Muse and Porcupine Tree.
Although only having existed for a few years, the group has already released two critically acclaimed studio albums - Synaesthesia and Vox Humana and three EPs - 'BETA EP', 'Cloudburst' and 'Monster'. Songs from these releases have received airplay on various radio stations including Team Rock Radio and Planet Rock. On top of this, KYROS has performed a number of impressive shows ranging from festival dates in UK, Germany and USA to supporting high profile bands such as Marillion, Anathema, Big Elf and IQ and performed sixteen dates across Europe supporting Spock’s Beard.

For the safety of all our guests and staff please read the following safety policy. We are implementing the below measures for all of our upcoming events.

Get ready for a incredible spotlight evening with two of the bands that are taking prog into the mod..