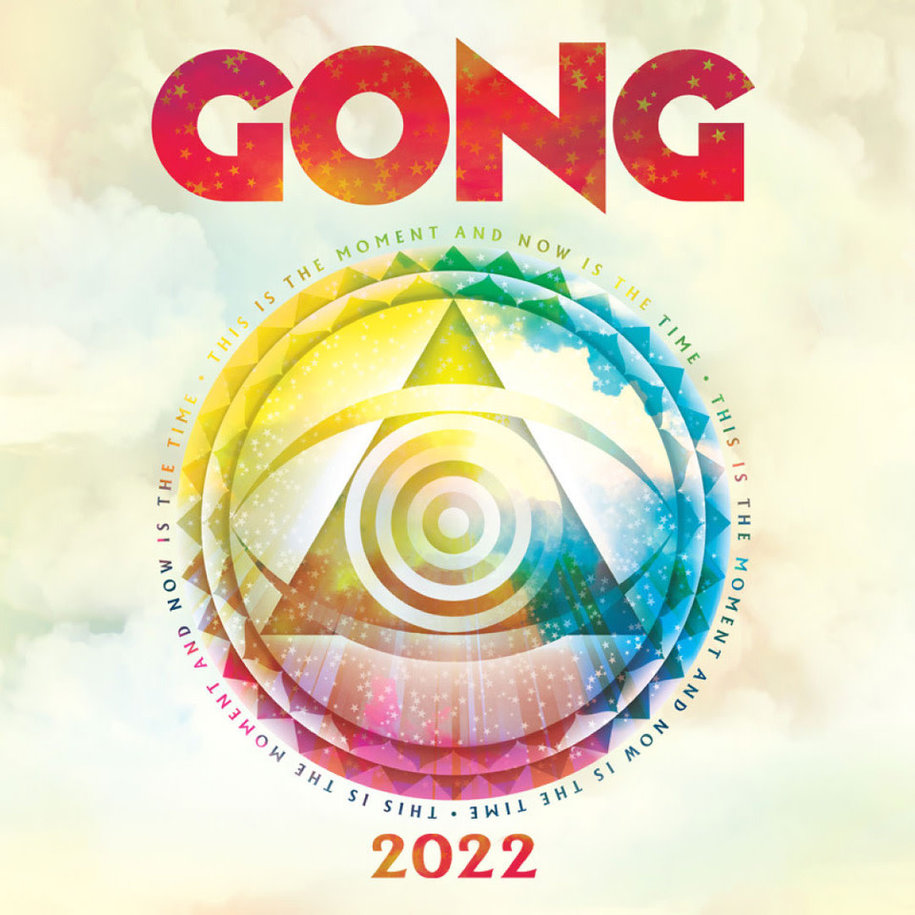 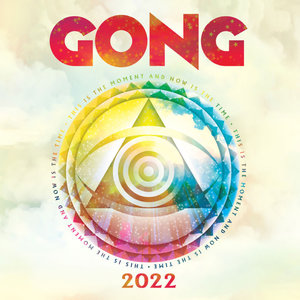 This is the moment and now is the time...
Share:

The ever-metamorphosing entity that is GONG launches, as ever, into unknown – and unknowing – territory with a new tour for 2022 destined to be talked about, discussed, and argued over, up and down the land.

From its beginnings in a French commune in 1967, through the Virgin Records years, mismanagement, court cases, break-ups, re-joining’s, deaths and rebirths – there has always been a continuous thread of beautiful, dangerous and extraordinary music.

The current holders of the flame have come together over the last eight years; sinuous bass player Dave Sturt joined just as the album 2032 was shown to the world; Ian East (Sax, Flute) was the next to blow in through the portal; Fabio Golfetti brought his guitars from Brazil (after working with Daevid Allen for many years); Kavus Torabi (lead vox and guitars) appeared to Daevid in a vision; Cheb Nettles (drums) just sort of turned up.

In 2015, Daevid Allen passed away. His influence and legacy were honoured on the band’s subsequent album, Rejoice! I’m Dead! (2016). Over the past year GONG has performed with Steve Hillage Band (himself a former member of the 1970s GONG line-up) and released the critically acclaimed album The Universe Also Collapses (2019).

“Postponing our November 2020 tour was the mother of all drags,” confesses Kavus Torabi. “But now we are having to postpone the rescheduled dates from May and September 2021 as well. We promised the transformation of utilitarian rooms across the country into shimmering psychedelic temples, bursting with radiance one and all, only to find ourselves all blindsided by an unprecedented metamorphosis.

Gong has no time for the old normal, so as we look towards 2022, let us unleash THE NEW ABNORMAL!

"There's a revolution coming and, by the gods, it's going to need a soundtrack. Let us congregate, sing praises to the moon and love, love, love.”

This is the moment and now is the time...