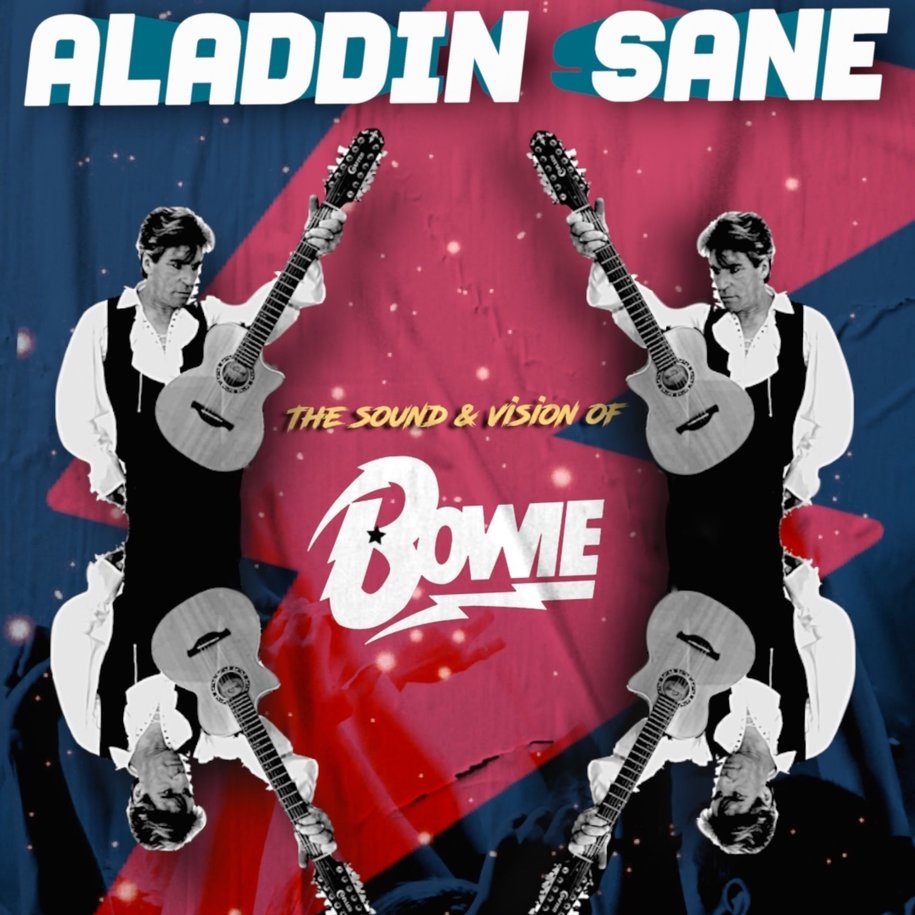 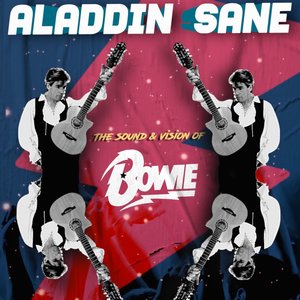 Aladdinsane, The Sound & Vision of Bowie, widely acclaimed as the best Bowie tribute in the UK.

They band have played theatres, festivals and venues throughout the UK for the past 12 years, with Paul Henderson performing as David Bowie, with audiences commenting how eerily close his voice, moves and mannerisms are to that as Bowie. Paul first caught national attention when he appeared on Stars In Their Eyes in 1993, the first series hosted by Mathew Kelly, where he performed Space Oddity, dressed as Bowie’s legendary Ziggy Stardust. From there he performed at conventions around the country as Bowie.

After 1995 Paul embarked on playing his own material and spent the late 90’s recording his own songs. Around 2002 a friend asked Paul “why don’t you put a Bowie tribute together”. Paul replied saying “I would enjoy it too much and everything else I am planning will end up on the back burner”, and so it did as the start of Aladdinsane was in the midst. Paul then embarked on finding the musicians required to cover a vast range of David Bowie’s single  and classic album tracks. The line-up of the band changed during the 2000s and now with Steve Beeston on keyboards, Carl Stones on guitar, Franco Caprio on bass, Rick Cook on drums and Paul as Bowie with 12 string acoustic, make up the sound of Aladdinsane the band it is today.

Having played at some wonderful theatres and travelled to places like Bahrain, Qatar and Berlin where Paul played an acoustic set at Hansa studios where Bowie recorded Heroes, he said it is like an ongoing rollercoaster.

With so many songs to choose from you can hear many hits like – Space Oddity. Changes, Ashes to Ashes, Heroes, Let’s Dance, Drive In Saturday, Jean Genie, Life On Mars, Fame, Starman and Diamond Dogs to list but a few, including some classic album tracks from Bowie’s vast repertoire.

Paul changes outfits during each show which can stem from any of Bowie’s tours from 1976 to 2003. The songs are mixed in no chronological order so that the audiences are left wondering what is next after each song giving the show a more exciting feel.

The Sound & Vision of Bowie